The solar industry is constantly bringing up innovations to create a remarkable result in minimum effort thus; they have come up with a wide range of cell technologies that are making it quite difficult for users to pick one option over other. Polycrystalline silicon cells are the most commonly used panels in India. Due to their low cost and high performance features these solar panels are trusted by Indian users.

Introduced in the market in 1981 polycrystalline silicon solar cells are commonly known as polysilicon, multi-crystalline silicon (mc-Si) or poly-Si. In these solar panels, raw silicon is poured directly into square moulds which are cut down into perfect square wafers after cooling them down.

Polysilicon is extracted from metallurgical grade silicon by a chemical purification process known as Siemens process. This process involves the distillation of volatile silicon compounds, and their putrefaction into silicon at high temperatures. When these polysilicon are produced for the electronics industry, it contains impurity levels of less than one part per billion, while solar grade silicon (SoG-Si) is generally less pure.

A few companies from China, Germany, Japan, Korea and the United States, such as GCL-Poly, Wacker Chemie, OCI, and Hemlock Semiconductor, as well as the Norwegian headquartered REC are accounted for most of the worldwide production of approximately 230,000 tonnes in the year 2013.

Jetsor power system caters you with remarkable Polycrystalline silicon solar panels that are high-powered and gives a reliable and long-lasting performance. The panels may have jumbled look but these cells are a better option as compared to the slow and expensive process of creating a single crystal. Despite being a cost-efficient option the amount of waste silicon is less as compared to other solar panels. 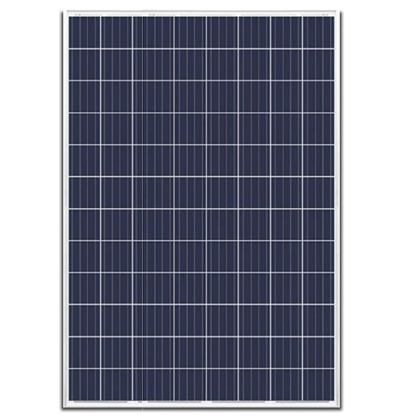 A cell conversion efficiency of 25.6% brought Panasonic the efficiency world record in 2014. (at R&D level)